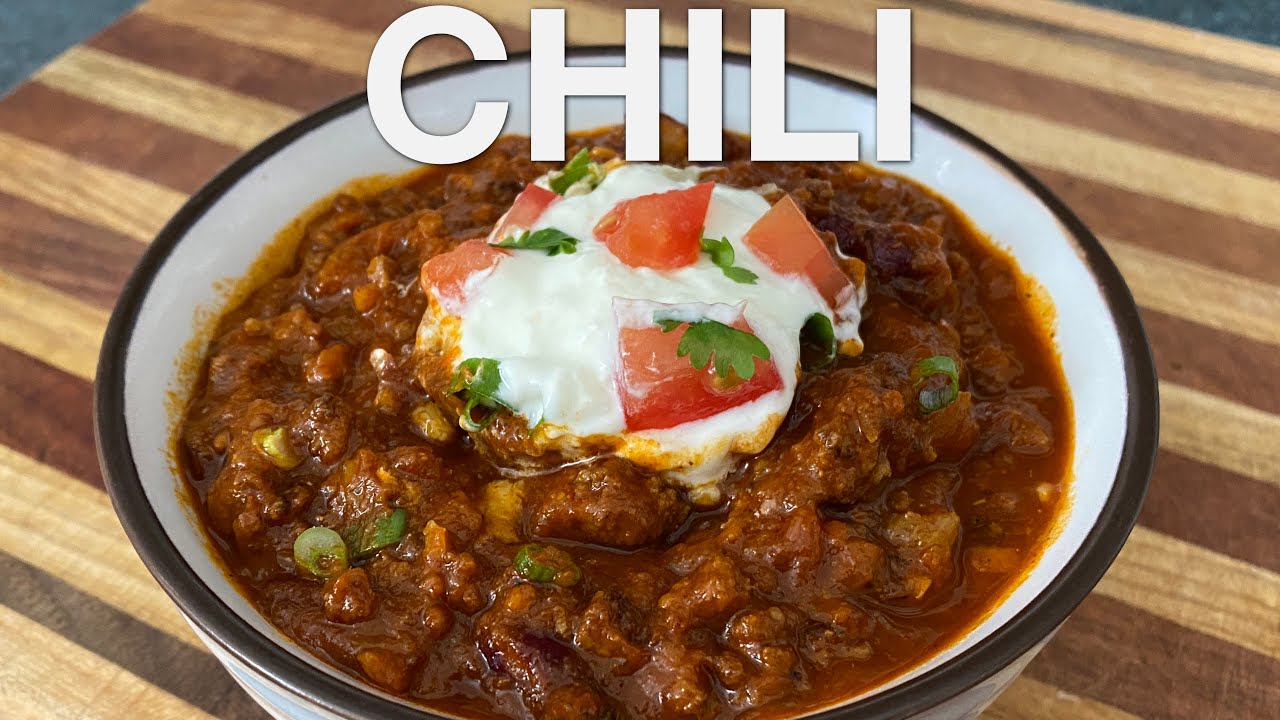 Alright to make this chili do something like this:
Brown around two pounds of beef by putting your skillet on medium high with a teaspoon of oil which you may not need if you beef is more fatty. Break it up in the pan then let it sit until a crust starts to form, then flip and do the same thing again
Dice a large onion and chop it up
Do the same with three cloves of garlic
Heat your chili pot on medium with some olive oil then sauté the onion until it starts to brown
Throw the garlic in during the last couple of minutes
Then add the beef with a teaspoon of salt and break it up more
Add in 28oz/790g crushed tomatoes
2 tablespoon chili powder
1 tablespoon cumin
1 to 1.5 cups beef broth…adjust as necessary
½ tablespoon of brown sugar
15.5oz/439g chatty bastard kidney beans

Then add hot sauce or more spice as desired.
Then add toppings, which don’t count as chili ingredients, because they are on top, not inside. They’re not really a part of the chili. The chili is it’s own thing. It’s like calling ketchup a hot dog. Ketchup isn’t a hot dog. It’s ketchup. It has it’s own life. Don’t argue with me here. It will get you nowhere and it will just waste both of our times. Especially if you’re right.