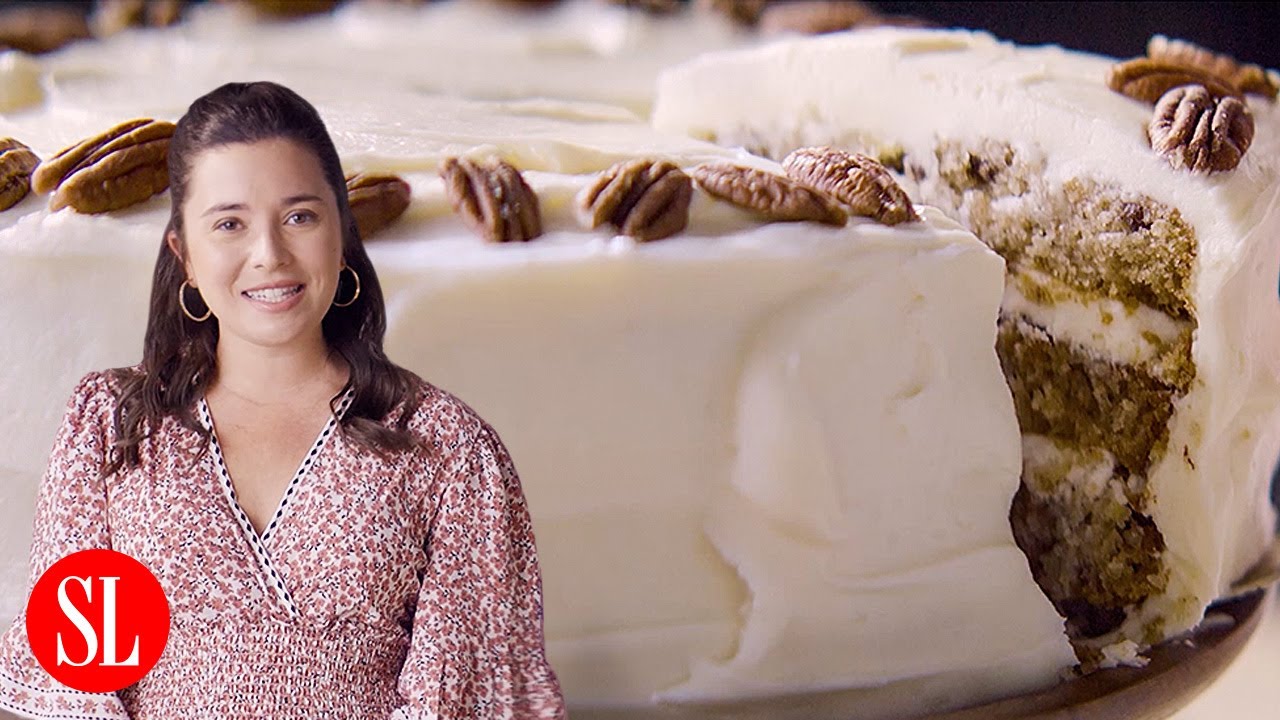 Dessert Recipes
Share on Facebook
Share on Twitter
Share on Pinterest
Share on LinkedIn
This hummingbird cake recipe holds a special place in the history of Southern Living Magazine. First submitted by L.H. Wiggins in 1978, this recipe quickly became our most popular and beloved Southern cake recipe ever. Each of its three layers is reminiscent of a banana bread thanks to uncommon cake ingredients like pineapple, bananas, pecans, and cinnamon. To take it to the next level, the entire cake is covered in a homemade cream cheese frosting, which is the innovative move that first made the cake stand out decades ago. There’s a reason – or several – why this is Ivy’s favorite cake recipe ever!

Ivy is back y’all! What’s Cooking brings you some of the very best Southern recipes from the What’s Cooking with Southern Living Facebook group. These classic recipes are the real deal, and they have been put to the test and perfected by you! Get ready for biscuit-topped apple cobbler, sweet cornbread, irresistible pimento cheese, and more – we’re just getting started. If you haven’t already, come on over and join the fun here: https://www.facebook.com/groups/whatscookingwithsouthernliving

Barbecue has always been the vehicle for a social gathering in the South. Watch Robby Melvin, Southern Living’s Test Kitchen Director, chat with iconic Southerners while making a range of BBQ dishes.

Traditional does not mean stuffy in the home of Southern Living test kitchen pro Ivy Odom. This Georgia-bred millennial can fish, throw a mean SEC tailgate, and even knows her way around a pigsty. In each episode, Ivy shares stories, customs, and recipes from growing up in the Deep South but always adds her own modern spin.

From hot takes on the South’s most intriguing real estate listings to hunting for treasures at estate sales and touring the region’s most spectacular homes, Southern Living style editor Betsy Cribb is up for it all. Home-obsessed Betsy keeps it real whether she’s doling out opinions on Tyler Perry’s Atlanta mansion or exploring Southern estates.

In 1966, Southern Living was created to highlight the beauty and culture of the growing South. In the decades since its inception, Southern Living, published monthly, has become one of the largest lifestyle magazines in the country. With characteristic Southern hospitality, Southern Living is committed to sharing the region we love with our readers, no matter where they may live.